Granted, I’m more of the Christmas Grinch than the big fan of it. Gingerbread in September and the consumer terror usually do not make it easier. Our family is more about spending time with each other and good food than the big Christmas spirit. Surely it has to do with the fact that my father died early, just before Christmas. After that, Christmas was simply not the same. Nevertheless, we enjoy it when we are together. My brother, no, not me, then stands in the kitchen for hours and cooks for my mother and me. But this year I will be responsible for the dessert. I think there will be this delicious vegan Chocolate Pomegranate Cheesecake.

But I probably can not tell my brother that the Chocolate Pomegranate Cheesecake is vegan. But in front of big brother you can have a few secrets as a little sister. Besides, I’m sure he will like it because it has no coconut milk cinnamon. Unfortunately, both are ingredients with which can ruin a meal for my brother.

Honestly I can say this is the best looking dessert I have created so far. The Chocolate Pomegranate Cheesecake does not only look good but tastes even better.

The nice thing about this dessert is that you can prepare it the day before, so you have less stress at Christmas. Nobody, except maybe my brother, wants to be in the kitchen all day at Christmas. Although I can understand that preparing food has something meditative. I like to cook it relaxes me. But when guests are there, I am happy when I can spend time with them.

You do not even have to turn on the oven for the vegan Chocolate Pomegranate Cheesecake. You just need a good blender, a few bowls, a mold and a freezer. The cheesecake mainly consists of cashews, which are certainly not low in calories, but very healthy. Cashew kernels contain a lot of vitamin B, magnesium and most important tryptophan. Tryptophan is a precursor of serotonin, which pus us in a good mood. Especially in the stressful Christmas season it is a good reason to eat more cashew nuts. Should you be a cheesecake fan, I also recommend my Matcha Cheesecake Bars or something summery my Lime Cheesecake. For all chocolate fans, there is also a delicious Chocolate Ganache Tart. 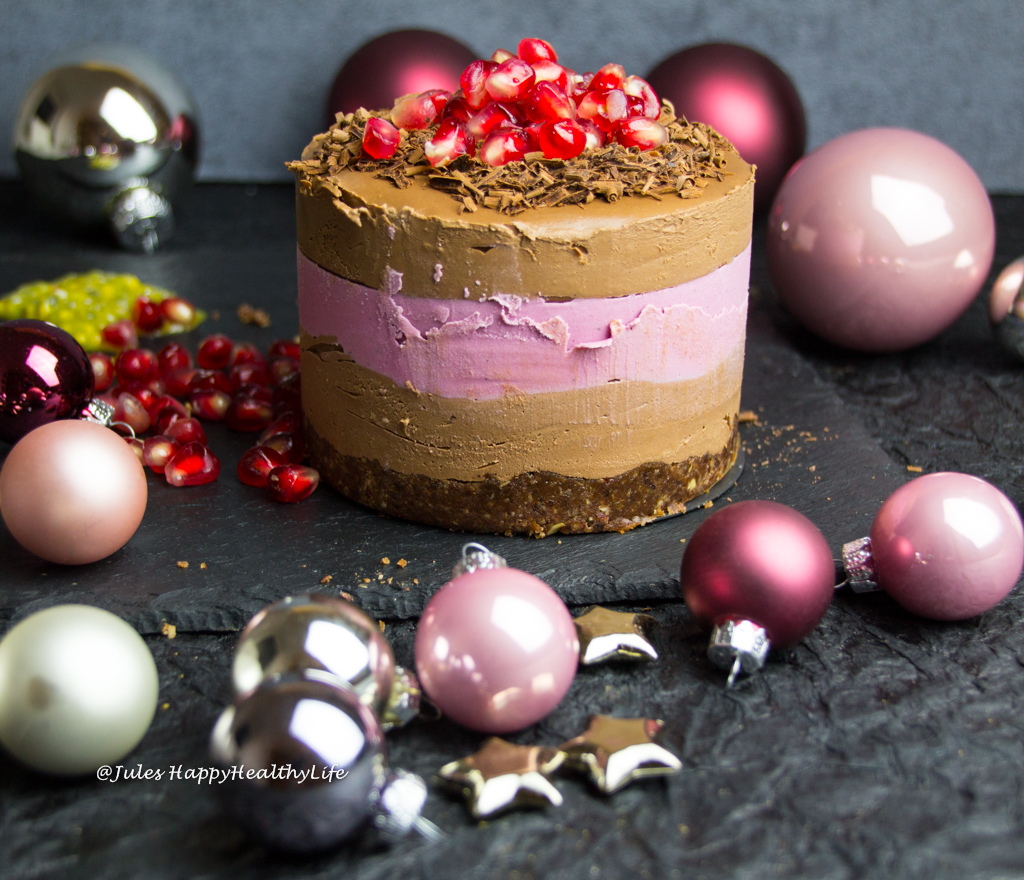 Do not worry, the chocolate pomegranate cheesecake looks more complicated than it is. The beauty, you do not even have to turn on the stove.

What do you need for the Walnut Crust?

What do you need for Chocolate Cheesecake Filling?

What do you need for the Pomegranate Cheesecake Filling?

How to make the Walnut Crust?

How do you prepare the Chocolate Cheesecake Filling?

How do you prepare the Pomegranate Cheesecake Filling? 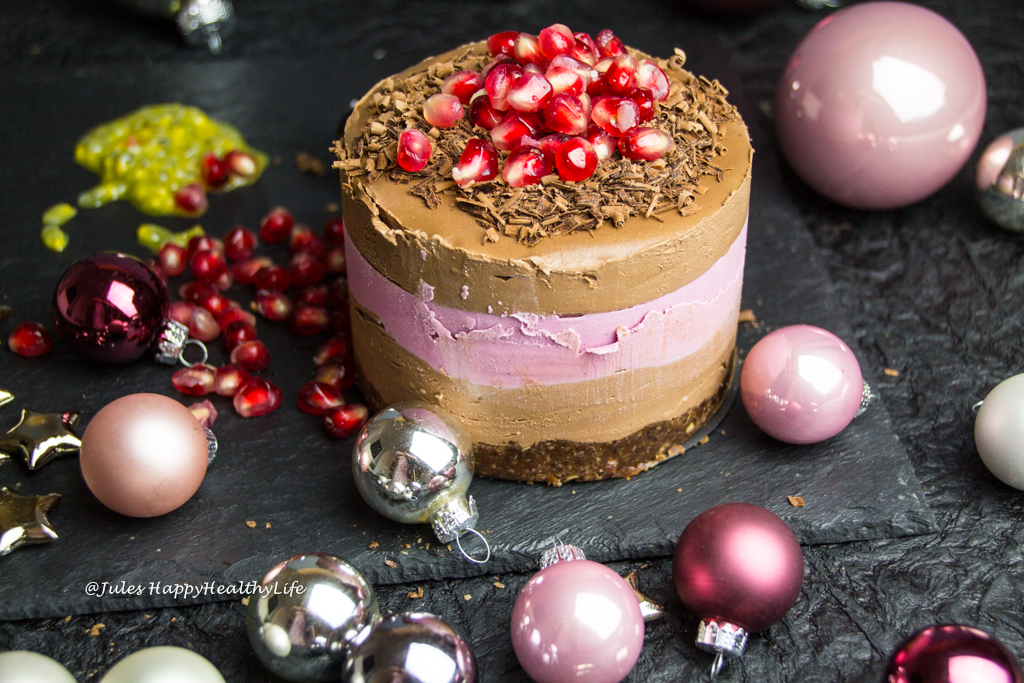