The first time I had jerusalem artichokes in my hand I had no clue what it was? They look somewhere between potatoes, ginger, turmeric and probably a couple of other things. I had to read online about them since I did not know what I could do with them, how they would taste and how they need to be treated. First time I actually tried them, I was, even with that name, very surprised that they do have this artichoke taste. I love artichokes, a fun vegetable to eat. Just have a nice vinaigrette with it, dip the leaves in the vinaigrette and nibble the leaves. But I guess we all agree there is not much food on one artichoke. That is nice part about the Jerusalem Artichoke, lots of taste and food, especially when you have it as a Jerusalem Artichoke Saffron Soup. 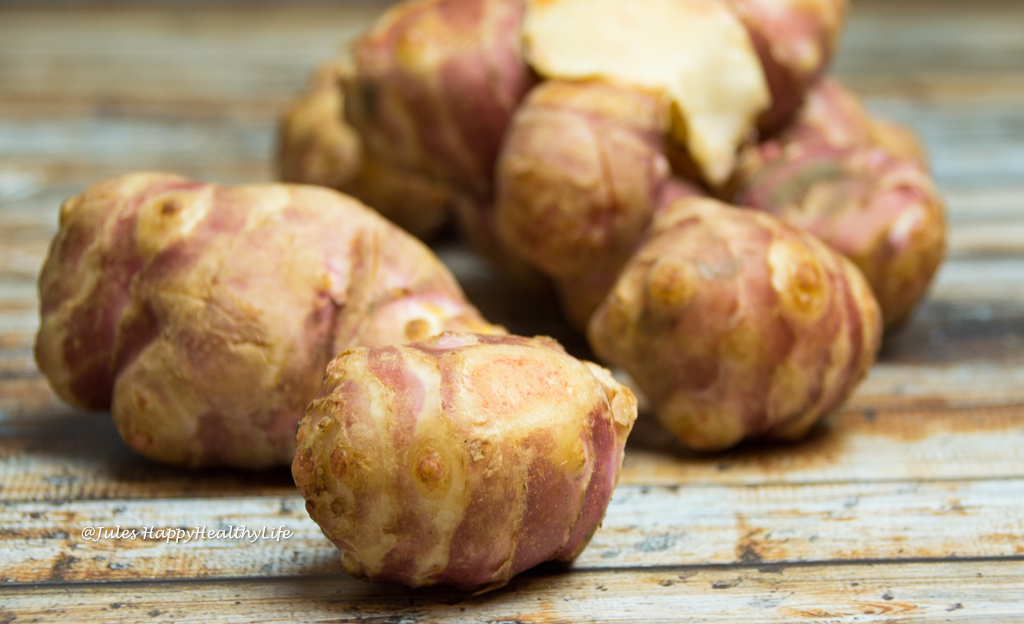 They look somehow like a mixture of ginger and potatoe I would say. You can use them the same way you use poataoes, for chips or mashed or as fries. 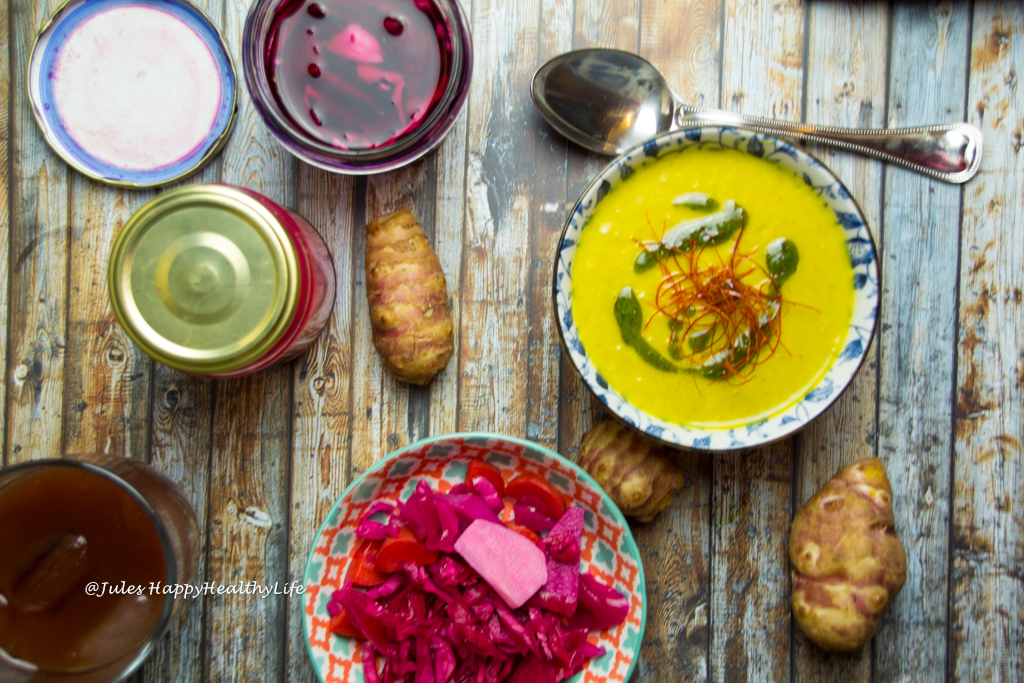 On the botanical side, I know, hard to grasp, they are related to sundflower seeds. The vegetable season for Jerusalem Artichokes is October until May. In the 17th century trading sailors brought the vegetable from North America back to Europe. Jerusalem Artichoke is extremly healthy with lots of Vitamin C, has lots of fiber, especially non starch fibers like olio-fructose inulin that has a positive impact on your gut health. Inulin belongs to the prebiotics. They are further high in iron, potassium and copper. Especially for people that are diabetic Jerusalem Artichokes are a great alternative for potatoes since they have less starch and therefore a lower glycemic index.

Great appetizer that is not only yummy but further supports your immune system.