Don’t we all love brownies? Chocolate with nuts and a nice mist texture that’s how a good brownie should be. Most brownies are filled with tons of added sugar and fat. I tried to find a way to take the fat and sugar out of the recipe without giving up the sweetness and juicy texture. The secret to the Vegan Almost Healthy Brownie is dates and prunes.

The dates give some sweetness and the prunes together with the aquafaba keep the brownie moist and juicy. I know it is hard to believe but it is true. This is a vegan almost healthy brownie. Why do I say almost? Even tough there is no sugar or fat added the brownie still contains quiet a lot of carbohydrates from fruit sugar and it is not a diet food. If you are counting calories this is not the right recipe for you. 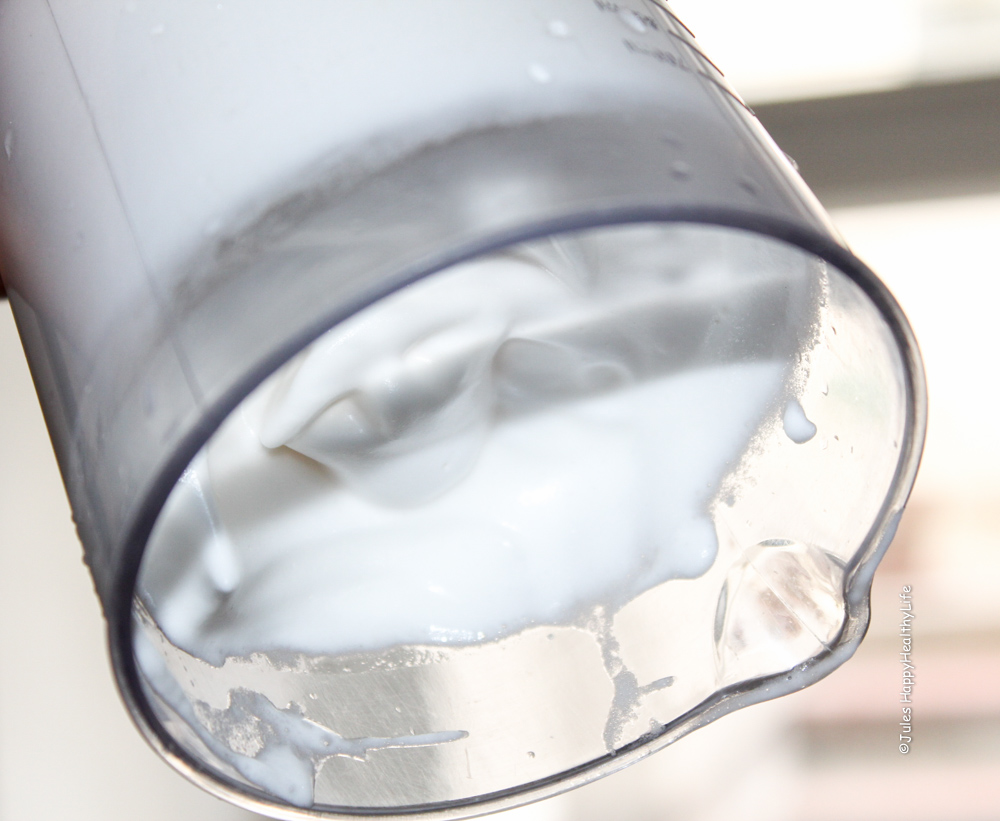 This is perfectly beaten aquafaba. Same as with egg whites you can turn the container on its head without spilling any of this fluffy white cream.

Not everyone is familiar with aquafaba? What is that? aquafaba is the liquid from your canned chickpeas, the stuff you normally through away. Not sure how someone ever discovered that, which right mind would start to beat the liquid of their canned food but fortunately someone did do that. The liquid is like egg whites. When you beat them for a while they will turn into this nice stiff white fluff. You can use this nice fluff to make desserts like this brownie a little bit fluffier.

Best served luke warm with some ice cream on top.